Exploring the Options and Benefits of Recapitalization

When it’s time to cash out of your company, you may think that selling your company is the only way to achieve personal liquidity. Fortunately, you actually have several options depending on how much ownership control you would like to retain.

Read on to explore three effective ways to achieve personal liquidity while still retaining your desired level of ownership.

To understand why a majority recapitalization can be a win-win situation for both the company owner and the buyer, it’s important to understand the goals of the buyer (usually a private equity group). When private equity groups purchase a majority stake in a middle-market company, they are doing so with the intention of growing the company and later selling it at a higher price to either a strategic buyer or another private equity firm. When this later sale occurs, the company owner receives what is known as a “second bite of the apple.” In other words, the company owner receives liquidity at the initial investment, and because you retain some ownership stake in the company, you receive additional liquidity at the later sale of the company – often at a higher valuation (and therefore, higher proceeds).

If your goal is to maximize liquidity while retaining some ownership control, consider pursuing a majority recapitalization.

If your goal is to get some liquidity while retaining more ownership control, a minority recapitalization might be the ideal liquidity option for you.

A debt dividend recapitalization is a lesser-known liquidity option that can be thought of as giving a company owner an advance on future earnings. This liquidity option allows the owner to pull cash out of the company by issuing new debt, allowing the owner to maintain their current level of control.

Debt dividend recapitalizations provide near-term liquidity and can establish lender relationships that can be leveraged in the future for additional capital needs and desires. Additionally, debt dividend recaps generally allow owners to avoid active equity investor input and governance in the operations and strategy of their company. However, the additional debt service requirements placed on the company and the potential loss of flexibility in the event of a future downturn should be carefully considered when evaluating this liquidity option.

If your goal is to achieve liquidity while retaining your current level of ownership control, a debt dividend recapitalization could be the creative liquidity option you’re looking for.

Compare the potential effects on liquidity and ownership control below. 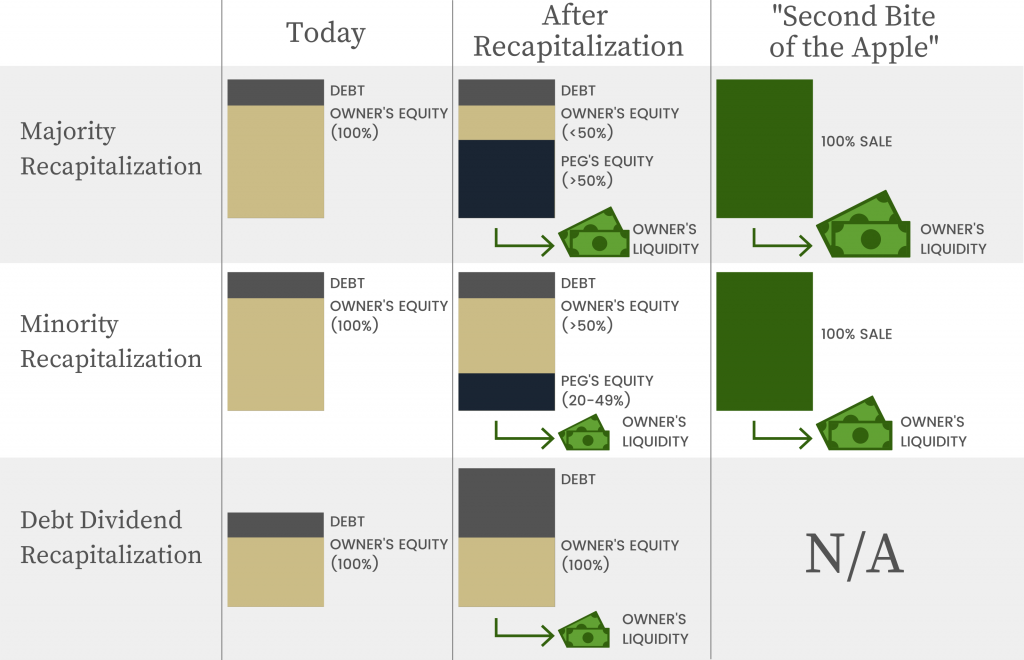 At Bridgepoint, we’re passionate about educating company owners about the numerous options they have to achieve their goals for growth, ownership and continuity. No matter your goals, we are here to help you understand the possibilities and we’re relentlessly focused on creating a successful outcome for you.

Contact us today to learn more about growing or selling your company. We’re here to help you achieve your goals. 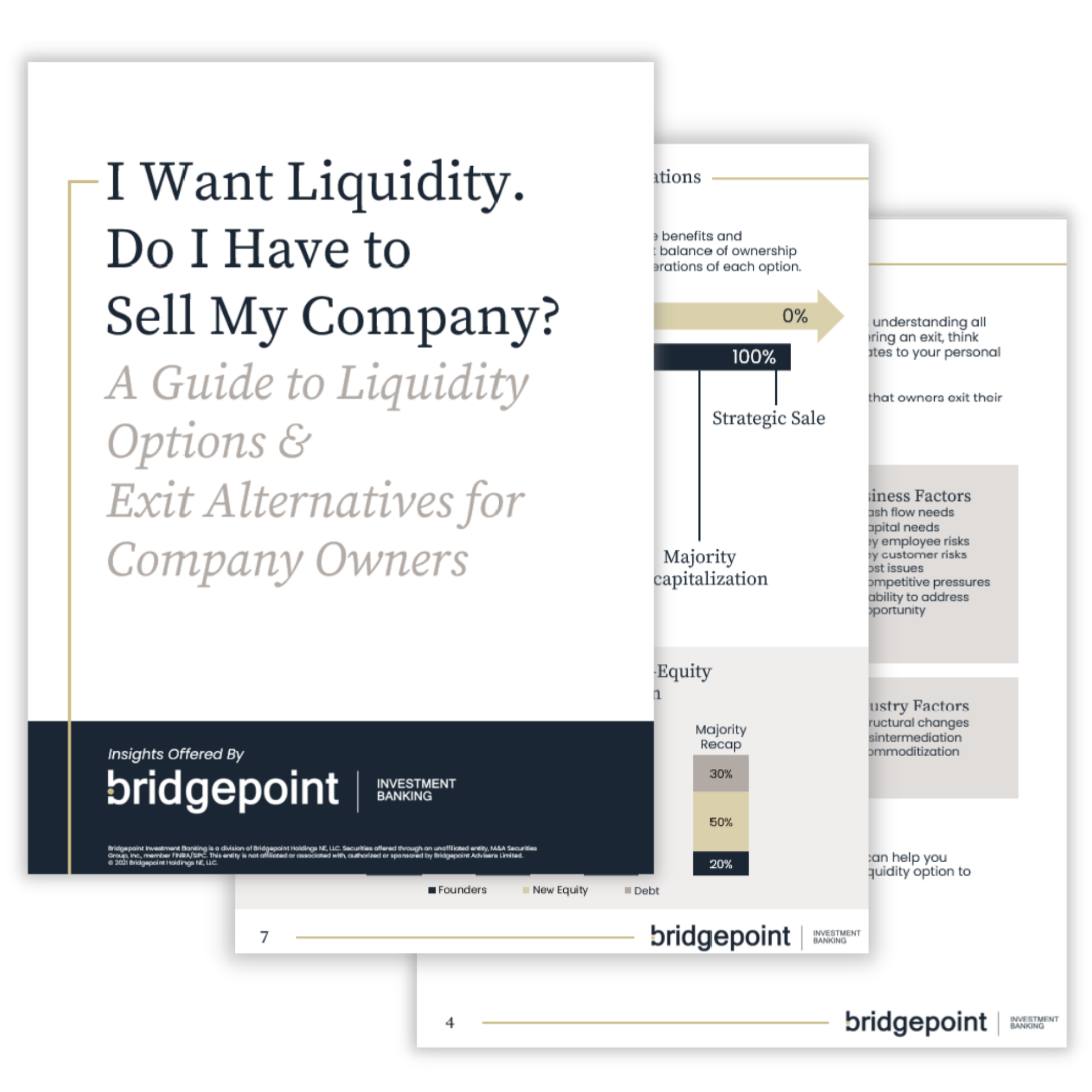 Learn more about your liquidity options and other alternatives to selling your company in our complimentary guide.